← more from
Jagjaguwar
Get fresh music recommendations delivered to your inbox every Friday. 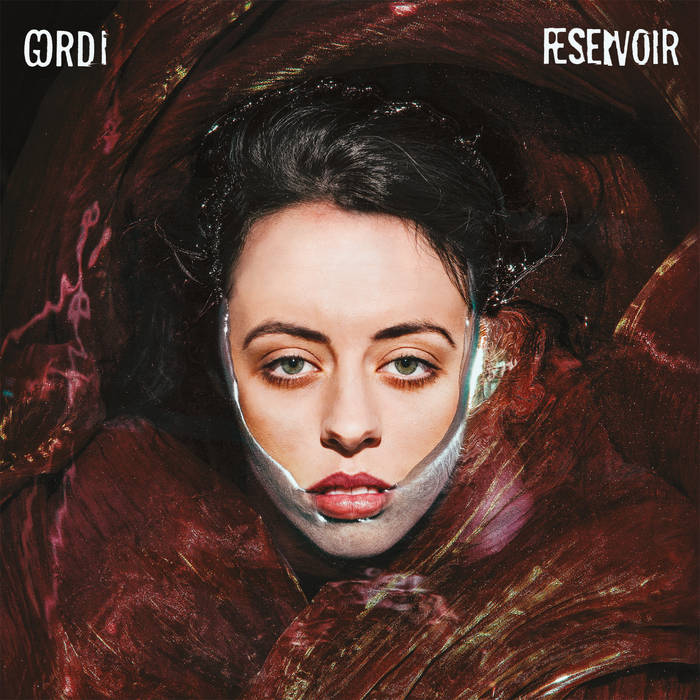 mrowan I love hear voice, the content, the musicianship and just how i can critically listen, concentrate on a task while listening or zone out while listening. It's an anytime album. Favorite track: On My Side.

Andrew Intimate, playful, aching, but persistently triumphant, healing like a cool salve, and full of songs that get stuck in your head and turn up when you need them. I was super excited for this album to drop and it didn't disappoint. Favorite track: Heaven I Know.

Kyle Dean On My Side is one of the best songs I've heard in years! Couldn't pass up this album. Favorite track: On My Side.

On the farm in rural Australia where Sophie Payten - AKA Gordi - grew up, there’s a paddock that leads down to a river. A few hundred metres away up the driveway of the property named “Alfalfa” sits another house, which belongs to her 93-year-old grandmother. The rest, she says, “is just beautiful space. And what else would you fill it with if not music?”

And so she did, first tinkling away in her hometown of Canowindra (population 2,381) on the out of tune piano her mother had been given as a wedding present, and then on the acoustic guitar she got for her 12th birthday. As it turned out though, space wasn’t a luxury she’d be afforded for long. At the school she went to just after that same birthday, she shared a dorm room with 26 other girls, listening to Aled Jones on her Discman at night to drown out their chatter. Not that she minded. “It was like a massive sleepover every night,” she says. And besides, her love of music didn’t take long to follow her there.

Gordi’s first foray into song-writing came in the form of performances at the school’s weekly chapel. She’d tell her friends they were written by other artists to ensure they gave honest feedback – though given she was pulling lines from One Tree Hill for lyrics about experiences she was yet to actually have, that feedback wasn’t always glowing. It wasn’t until she started writing about what was happening around her, the friendships she was building and, as is inevitable in the tumult of growing up, breaking, that the chrysalis of the music she’s making now – a brooding, multi-layered blend of electronica and folk, with lyrics that tend to avoid well-trodden paths – began to form. “I often find that writing about platonic relationships,” she says, “can be a great deal more powerful than writing about romantic ones.”

“Heaven I Know,” the first taste of Gordi’s debut album Reservoir, is an example of just that. With the breathy chant of “123” chugging along beneath the song’s sparse melody and melancholic piano chords, “Heaven I Know” gazes at the embers of a fading friendship. “Cause I got older, and we got tired,” she sings, as synthetic twitches, sweeping brass and distorted samples bubble to the surface, “Heaven I know that we tried.”

“I have a really close friend, and she moved to New York last April,” explains Gordi, “and I was absolutely devastated. I sort of don't have anyone else like that in my life. A few months in, it was just getting so hard, we both had so much going on. Amongst all this, I had a really vivid dream - not that we fought dramatically, I simply got older, and we stopped calling each other, stopped writing to each other and we slowly grew apart. I was struck by the tragedy and simplicity of it and how it happens to everybody at various stages of life. With a friendship, you almost throw more at it than you would a romantic partner, because when a friendship breaks it's so much more heart-breaking. So it was sort of like we'd thrown everything at it, and in this alternate reality that I dreamed about, we just gave up.”

“Long Way,” on which her contralto vocals are layered on top of each other as the sound of a ticking clock lurks underneath, begs of someone, “Can you hear my voice in your bones again? Can you be with me like you were back then?” It’s the first track on the album, and the last song she wrote in the green notebook her parents gave her when she was still at school. There’s a sense of loss too on “I’m Done,” though this time it’s something she’s come to accept. “It feels good to say I’m over you / and mean it more and more each time. / Lock my secrets behind open doors / ‘cause without you I’ll do just fine.” It’s about as close to a stripped-back acoustic song as Gordi’s willing to create, though it sits comfortably alongside beat-heavy electronic numbers. Her songs shift and mutate just as you think you’ve got a hold of them. You’re as likely to hear the squeak of her finger sliding down a guitar fret as you are a shuddering sample, and an organic trumpet sound will be injected with a jagged vocal loop.

But it’s not just loss which comes under the microscope in Reservoir. More so, it’s the journey that particular theme takes when aboard the vehicle of time. The interaction of time and loss is explored throughout, starting with album opener “Long Way”. “Myriad”, a delicately layered track which reaches a drumless climax, delves further, “Dissolve your sorrow / In my skin and bone / Take my tomorrow / It is yours to own”.

Boiled down, the running thread of the album is its lyrics, the importance and impact of which cannot be understated. “Lyrics to me are everything,” says Gordi. “Music is kind of what encases this story that you're trying to tell. The music is obviously what makes people fall in love with a song first, but what eventually speaks to people, whether they know it or not, is the actual words that are being said.” Gordi’s lyrics are stark, honest and soul-searching, which are elevated by the album’s intricate and careful musical arrangements. Like the contemporary artists such as Fleet Foxes, Beth Orton and Laura Marling as well as “the trifecta” of Billy Joel, Carole King and James Taylor that she listened to with her mum growing up – she’s unafraid to sit in contemplative melancholy. It’s what the album title is about. And in the contemplative melancholy remains a conviction that manifests itself through Gordi’s memorable melodies and ambitious production, mastered by pioneers like Peter Gabriel, Cat Stevens and Sufjan Stevens.

“The name Reservoir, it's that thing that you can't describe, that space that anxious people would probably live their life in. It's actually an expression my friend and I use. If I'm really down one day, I’ll say, ‘Oh I'm a bit in the reservoir today’. You're mulling everything over, and you're sitting in all these thoughts and feelings. In order to be able to write a song I need to go to that place, but I couldn't live a functional life if I spent all my time in there.”

Writing music, in fact, is the way Gordi lifts herself out of the Reservoir. “Writing music has always been and will remain my therapy, my process and my way of communicating,” she explains. “I don't write songs by someone else's prescription, I write to fill my own need. I get this tightness in my chest, and nothing will make it go away other than trying to write lyrics or sitting down at a piano and playing it, and it’s like a medicine. If I have a good session of that, then that tightness and that weight just totally lifts. It just centers me, and gets the things that are riddled through my mind out on paper. And then I can leave them there.”

Gordi shares her latest single, “Unready", a soaring, post-new wave anthem, ahead of her second album "Our Two Skins" out 26 June. Since her last album "Reservoir", Gordi has collaborated with Troye Sivan, toured with Sam Smith, Julien Baker and more, performed at Eaux Claires alongside The National, Bon Iver and Big Red Machine, and finished her medical degree to become a qualified doctor. ... more

Bandcamp Daily  your guide to the world of Bandcamp

Damu The Fudgemunk shares his recent collab with Def Pressé, plus jams from Common and more